How Can DMARC Help Against Spoofed Emails Containing Malware?

In the current email landscape, it’s not uncommon for malicious actors to spoof email addresses in an attempt to spread malware. But what is email spoofing, and how can DMARC help protect against it?

Email spoofing is the forgery of an email header so that the message appears to have originated from a different source. This is often done in an attempt to trick the recipient into believing that the message is from a trusted source, when in reality it is not.

DMARC, or Domain-based Message Authentication, Reporting & Conformance, is an email authentication protocol that can help protect against email spoofing. DMARC allows senders to specify how their emails should be handled if they fail authentication checks. Additionally, DMARC provides a mechanism for recipients to report back to the sender whether or not a message passed or failed authentication.

While DMARC is not a silver bullet for all email-based threats, it can be an effective tool in the fight against email spoofing and the spread of malware.

The Latest on Malicious Emails

When it comes to email security, there are always new threats to be aware of. In this blog post, we’ll take a look at some of the latest malicious emails making the rounds, and what you can do to protect yourself from them.

We’ll start with a new phishing scam that’s targeting Office 365 users. This scam tries to trick users into clicking on a malicious link by pretending to be a notification from Microsoft. If you get this email, delete it immediately.

Next, we’ll look at a couple of new malware strains that are circulating via email attachments. One of these, called Locky, encrypts your files and then demands a ransom to decrypt them. The other, known as Dridex, steals banking information. Again, if you receive an email with an attachment from an unknown sender, delete it without opening it.

Lastly, we’ll discuss a new way that scammers are using social engineering to steal money from their victims. This scam starts with an email that looks like it’s from a friend or family member. In the email, the sender asks for money to be sent via wire transfer. Of course, this is just a scammer trying to steal your money, so don’t fall for it.

By following these simple tips, you can protect yourself from the latest email-based threats.

Cybercriminals are constantly looking for new ways to exploit vulnerabilities and steal sensitive information. One of the latest methods they are using is to send spoofed emails containing malware that is designed to steal passwords. This type of malware is particularly dangerous because it can easily bypass traditional security measures, such as anti-virus software.

One way to protect against this type of attack is to implement a DMARC policy. DMARC stands for Domain-based Message Authentication, Reporting, and Conformance. It is an email authentication protocol that is designed to detect and prevent email spoofing. By implementing a DMARC policy, you can help to ensure that only emails that originate from your domain are delivered to your users. This can help to protect against password stealing malware, as well as other types of email-based attacks.

According to Microsoft, there has been an uptick in malware-laden emails coming from fake call centers. The emails often spoof the sender’s address in order to trick recipients into thinking they are coming from a legitimate source. Once opened, the malware can infect the recipient’s computer and spread to other computers on the network. DMARC can help to protect against these types of attacks by authenticating the sender’s address and ensuring that only emails from trusted sources are delivered to recipients.

Domain-based Message Authentication, Reporting & Conformance (DMARC) is an email authentication protocol. It works by verifying that the sender of an email is who they say they are, and that the email has not been altered in transit. DMARC also provides a mechanism for reporting on email that fails authentication, so that senders can be aware of and take action to stop email spoofing.

DMARC can help protect against spoofed emails containing malware in several ways. First, by verifying the sender of an email, DMARC can help to ensure that the email is coming from a trusted source. Second, DMARC can help to detect emails that have been altered in transit, which may be an indication that the email contains malware. Finally, DMARC can provide a mechanism for reporting on email that fails authentication, so that senders can be aware of and take action to stop email spoofing. 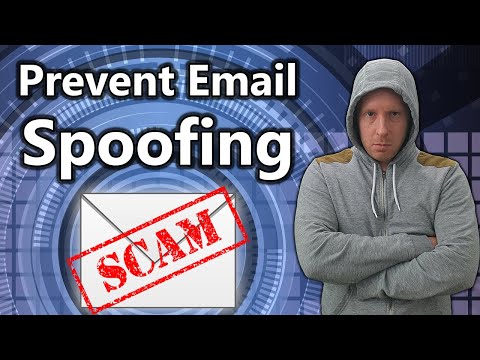 1. DMARC can help prevent spoofed emails from being delivered to your inbox by verifying the sender’s identity.

2. DMARC can also help prevent malware from being delivered to your inbox by verifying the sender’s identity and checking the email for malicious content.

3. You can configure DMARC to send you an alert if it detects a spoofed email or malware-infected email being sent to your inbox.

4. DMARC is most effective when used in combination with other email security measures, such as SPF and DKIM.

5. You can find more information about DMARC and how to configure it at the links below.

Thanks for reading! We hope this article has given you a better understanding of how DMARC can help protect your organization against spoofed emails containing malware. If you have any questions or would like to learn more about DMARC, please contact us.